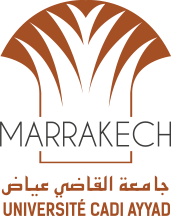 Since 2016, the AMMSI-Phillip Griffiths Prize is awarded annually to an African mathematician, living in Africa, who has made outstanding contribution to mathematics, application of mathematics or promotion of mathematics, as evidenced by research and impact of the work. In 2018, the AMMSI-Phillip Griffiths Prize has been awarded to Professor Khalil Ezzinbi from Université Cadi Ayyad, Faculté des Sciences Semlalia, Département de Mathématiques, Marrakesh, Morocco.

Professor Ezzinbi has made many significant contributions to the theory of ordinary differential equations, In addition, he has contributed to other areas of mathematics, including abstract harmonic analysis, dynamical systems and ergodic theory, partial differential equations, operator theory and control theory. His publications in these fields number upwards of 170.

He has, in particular, been cited for his important contributions to the theory of almost automorphic functions, introduced in the early 60’s by Solomon Bochner. This class of functions turns out to generalize the concept of almost periodicity. Most of the periodic physical and environmental processes are not periodic, but periodic up to some bound ε.  Application of this theory to evolution equations has attracted many researchers ranging from theoretical mathematicians to biologists, economists, physicists, etc. In recent years the concept has been further generalized to the so-called `weighted pseudo’ almost automorphic functions, but the fundamental problem of the completeness of the space of such classes remained open. A few years later Professor Ezzinbi introduced a new and powerful measure-theoretic method to resolve this open problem. Since then, this method has been used in various classes of evolution equations as well as stochastic differential equations. It has become a truly popular method.

Another significant contribution of Professor Ezzinbi is the use of the so-called subvariant functional method of Fink to prove the existence of compact almost automorphic solutions in certain settings. Here again he positively resolved difficult questions that go back to Amerio and Prouse in the early 60’s.

Professor Ezzinbi remains highly respected within the international mathematical community. From his professional home in northern Africa, his works have inspired many researchers and influenced many publications in several countries around the world.  In addition, he has contributed to the future of mathematics in Africa by guiding Ph.D. students to successful careers in the African continent in a number of countries including Morocco, Senegal, Tchad, Nigeria, Cameroun, Burkina Faso, Tunisia and Algeria.